First, I’d like to remind you of the special 50% discount we’re providing you with on our new course “Opening Traps” by IM Mat Kolosowski. No matter what openings you play, there’s something IM Mat Kolosowksi will point out to help you sidestep the dangers, improve your tactical skill, and improve your overall tournament performance.

Simply use the coupon “opening50” and you’ll save about $50 USD. Remember, the special offer will be valid only till tomorrow (Tuesday, 18 August). If you don’t know how to use a coupon, please see here. 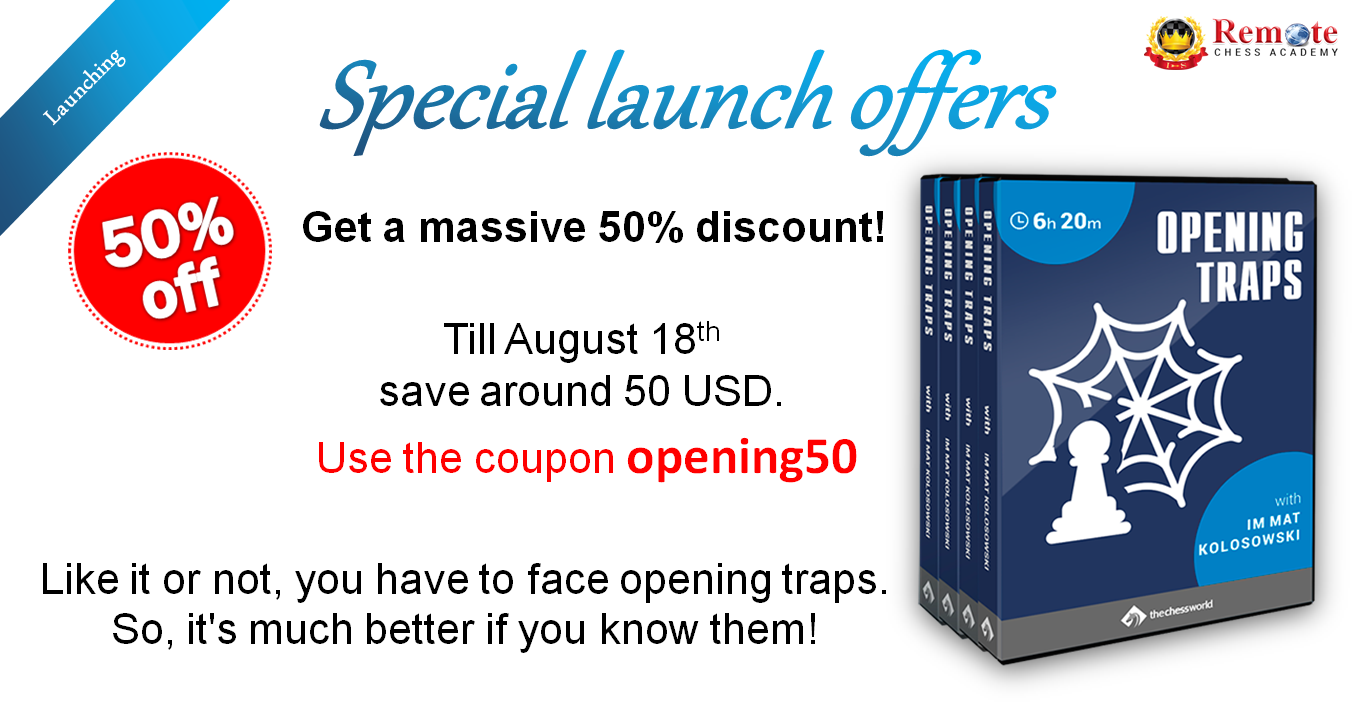 Also, today I’d like to share with you one of the best chess openings that you can use when playing Internet blitz games. It is the Blackmar–Diemer Gambit, which follows the move order: 1.d4 d5 2.e4.

Because gambits always give you an extra tempo for development as well as a bunch of open lines and diagonals, which you can later use to attack your opponent. 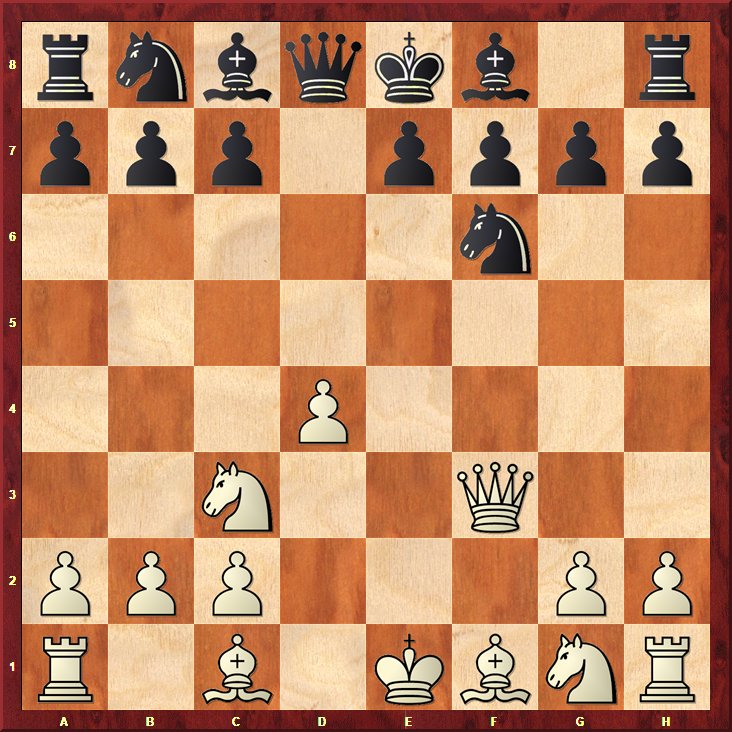 You can download the PGN of the game analyzed below:

P.S. Do you want to learn more? You can watch the live stream video by IM Mat “Chess Opening Traps” (which happened on 15 August), in case you missed it. Additionally, you can study his complete course and learn 21 interesting and powerful traps. Get it now with the special offer before it expires!

The Best Way to Improve at Chess INSTANTLY

The reasons why some players do not progress, even after putting a lot of efforts and studying for years

(FREE MASTERCLASS)
The Best Way to Improve at Chess INSTANTLY