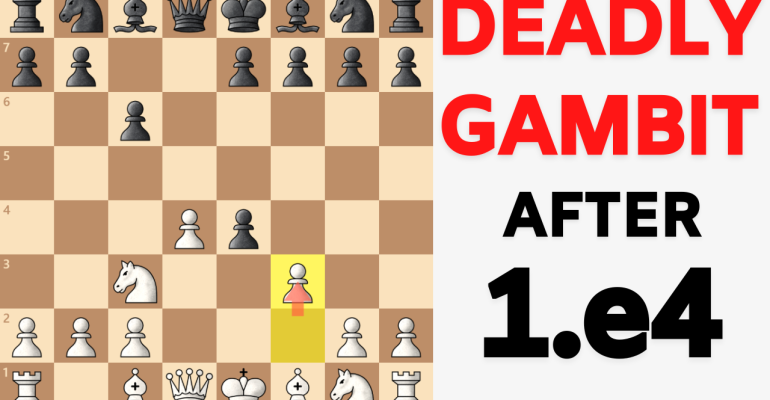 Today I’d like to share with you an aggressive chess opening for White. It is an aggressive gambit from the Caro-Kann Defense, called the Milner–Barry Gambit or the Rasa-Studier Gambit, which happens after the opening moves: 1.e4 c6 2.d4 d5 3.Nc3 dxe4 4.f3.

White sacrifices a pawn for quick development and a sharp attack. This gambit is similar to the Blackmar–Diemer Gambit, which follows the move order: 1.d4 d5 2.e4 dxe4. In almost all of the lines, White is having a better position, ahead in development, and has a great attack going.

Watch the video lesson as I also share some nasty traps and pitfalls that your opponents may fall into.

You can download the PGN of this chess opening below: