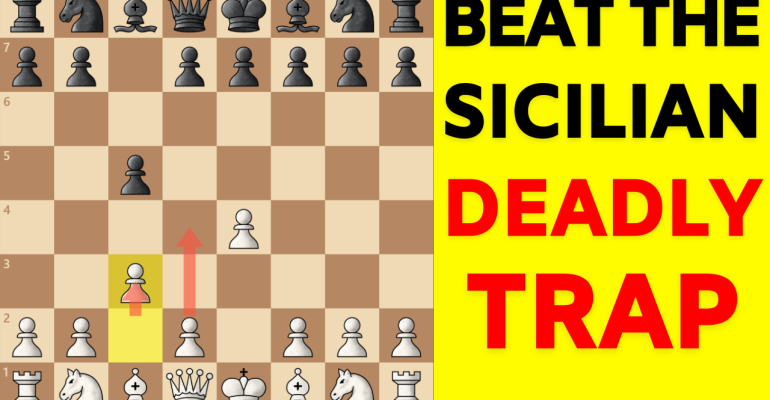 Today I’d like to share with you a deadly chess opening trap in the Alapin Variation of the Sicilian Defense, which allows you to checkmate your opponents right in the opening stage.

The Alapin Variation happens after the first moves 1.e4 c5 2.c3. Most amateur and club level players play the moves 2…Nc6 and 2…d5, both giving a strong initiative for White.

The following trap happens after the most commonly played moves of Black. In fact, it leads to a forcing checkmate after getting a winning position in just 13 moves!

You can find the PGN of these opening traps below: