First, let me inform you that the RCA will conduct its second YouTube Live Stream on Friday, 10 July. This time, it will be done by our guest coach IM Mateusz Kolosowski and he will be teaching you about the “Sicilian Pawn Structures”. It will happen at 5 pm UTC on 10 July (check timings here). 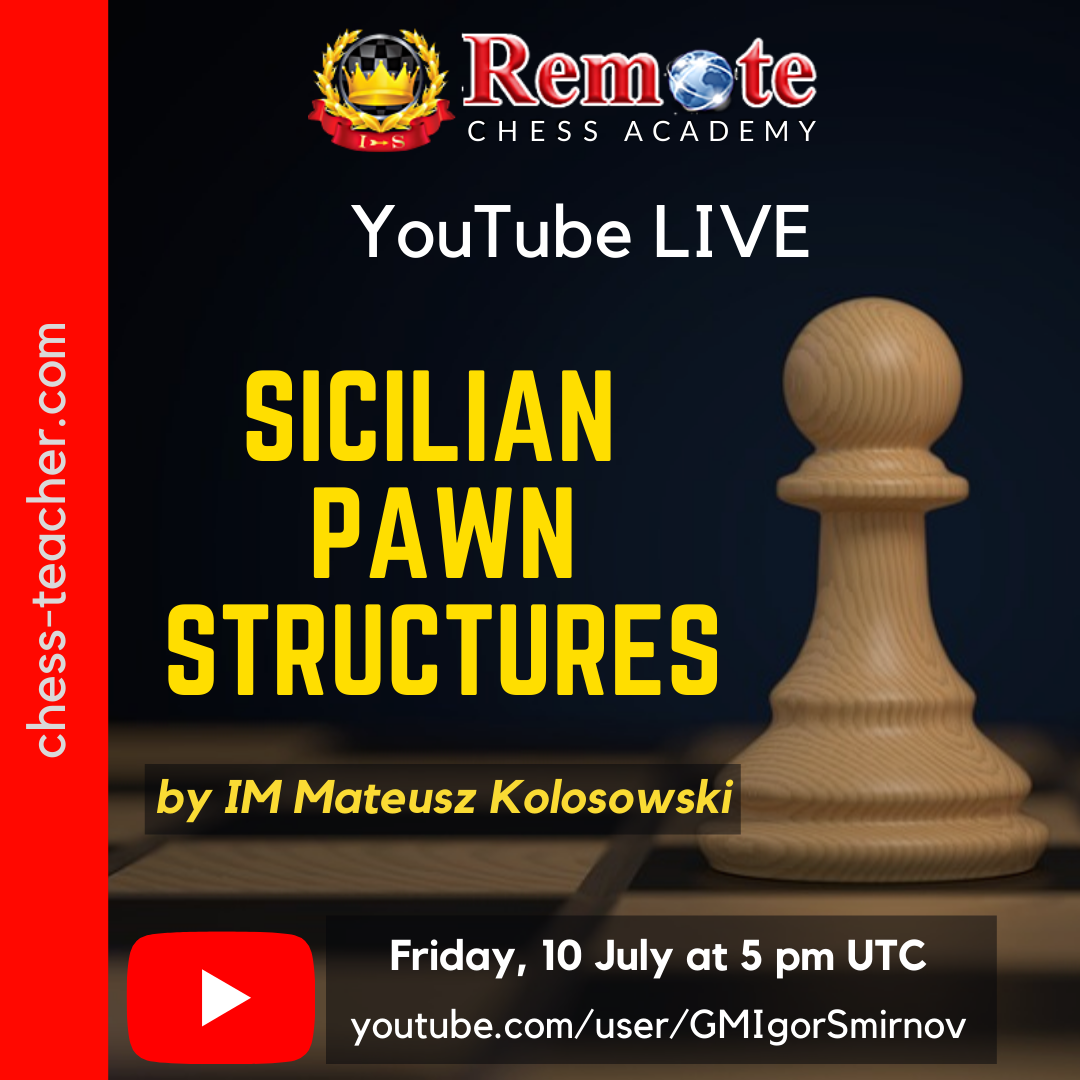 Update – below is the Live Stream

The Najdorf variation is one of the theoretically heavy lines in the Sicilian Defense and it requires a lot of preparation to play this opening variation. In this game, Karjakin and Anand castled their kings on opposite sides and it opened doors for a classical attack on the king for both sides.

In this video, IM Mat will illustrate the strong opening preparation from both Karjakin and Anand, which went for about 22 moves. It was at move 23 when Karjakin played a novelty with 23.Qc3. You will learn how to attack during opposite side castling and you will learn the importance of a powerful pawn storm breaking the opponent’s castled king.

Watch the video lesson below:

P.S. Do you play the Sicilian Najdorf (or any other variation in the Sicilian Defense)? What are your thoughts about it? Please share them in the comments below.