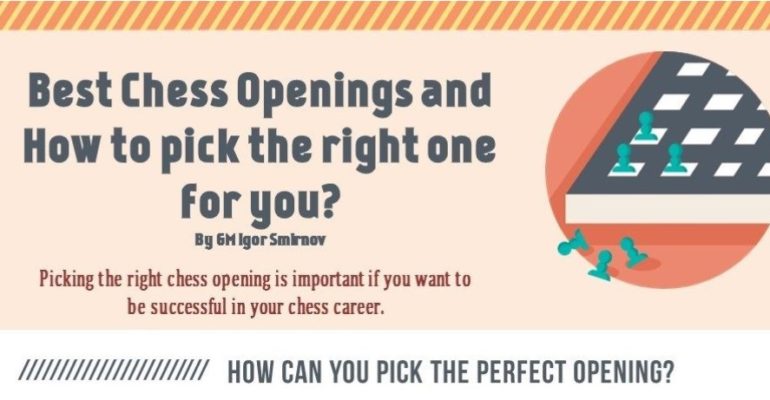 Picking the good chess opening is important if you want to be successful in your chess career. Due to the vast amount of openings and defences out there, choosing the right opening may seem very difficult. Studying an opening is a major commitment, which is why it is important to look at all different openings and find which one suits you best.

How can you pick the perfect opening for you?

Best chess openings for you

As you already know, the chess game has three stages – the opening, the middlegame, and the endgame. Of course, all stages of the game are very important, but if you don’t play correctly in the opening you may lose immediately and won’t be able to demonstrate your middlegame and endgame abilities. 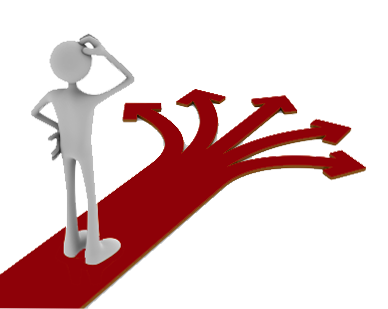 So you may wonder what the best chess opening for you is?

It’s no surprise that it can be very hard to pick the best opening for you, while, by contrast, in the middlegame and endgame, things are pretty straightforward.

For example, in the case of an isolated pawn, we have to blockade it, then attack it and win in the endgame. 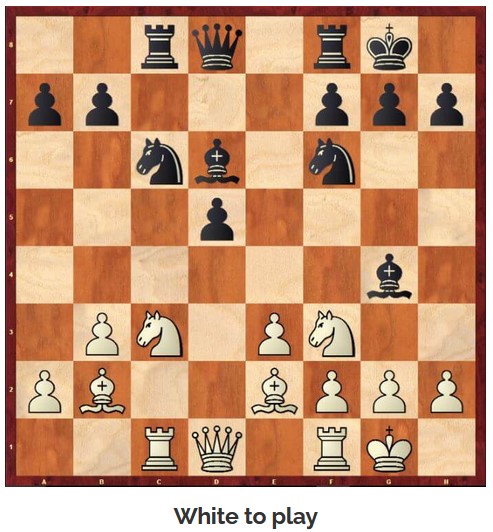 Can you find White’s plan in this position?

1. White has blockaded the isolated d5-pawn
2. Now it is time to exchange some pieces
3. When some pieces are off the board, White will start the attack on the d5-pawn and will win it. In fact, the game finished more quickly due to Black’s tactical errors.

For example, in the endgame, if we have a rook and pawns and the opponent has a bishop and pawns, at the appropriate moment we will capture the bishop with our rook, i.e. using the Capablanca rule, and we will win. 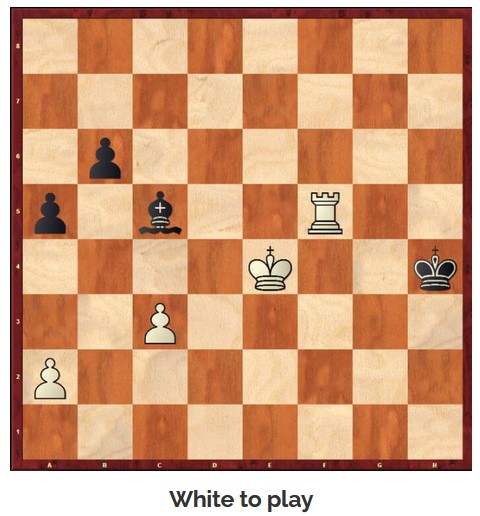 Can you find the best move for White in this position?
In the eyes of a strong or well-trained player, the move Rxc5 is very natural. White isolates Black’s pawns and will soon collect them both with his very active king. Hence, White won easily.

My point is that there is ONE single rule for some positions or one plan divided into steps. On the other hand, in openings we can often see CHAOS.

We should categorize openings according to their pawn structures. The latter is the biggest chapter of chess knowledge and NO ONE in the world will tell you what exactly to do in each of them. There are a lot of materials, books, DVDs and articles about various pawn structures, like the minority attack or the isolated queen’s pawn (IQP), but the list of all possible pawn structures is really big.

Someone who can understand these pawn structures could be at the master level, i.e. 2300 rated players and above. Don’t worry about that because of RCA’s chess courses:

1. “Your Winning Plan” and
2. “Winning the Middlegame”

They are suitable for you and can help you understand a lot of this complicated middlegame approach.

Some trainers suggest the Cole or Trompowsky opening systems to beginners. These are similar openings, with the main difference being the location of the dark-squared bishop.

Please take a look at the pawn structures that can emerge from them:

From this complicated pawn structure, IQP can develop, as we see in the below diagram: 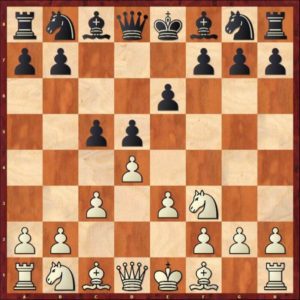 How can IQP develop from the above position?

White can advance the e-pawn and develop the e5-chain. For example:

After some central pawn exchanges, we can have this particular pawn structure. For example:

From IQP only, we may see the following pawn centres:

The conclusion is that these systems are very advanced. The person who uses them should know a lot of middlegame theory, seek to trick his opponent or play very passively in the first three ranks with his pieces, in order not to lose immediately.

I hope that I’ve not disappointed you already. Now we are coming to the sweetest part!

Best openings according to ELO

We have done all the hard work for you and divided ALL opening into the following categories:

The main goal is an open centre and active pieces.

The main goal is to play gambits.

The main goal is to achieve a stable centre.

The main goal is to be better prepared than your opponent.

The main goal here is to be a “chess alien”!

Let’s see some examples of openings. 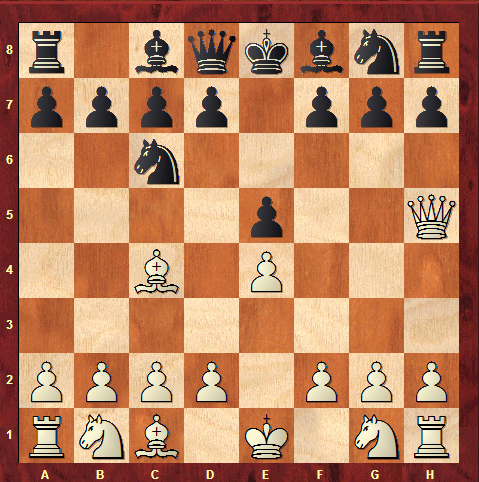 At this level, the most famous way to win with the White pieces is by the Scholar’s Mate. It happens for the first time in this game:

This system is still active and some of the TOP Grandmasters implement it in their repertoire from time for time. For example:

The most normal moves for White are 1.e4 e5 2.Nf3 Nc6 3.Bc4. A lot of players will try to use these moves at the beginning of their games as White. Therefore, here I have an interesting system for you with the Black pieces:

This system was played for the first time in 1912, but after 100+ years it is still very popular and Black can win games with it. For example:

Ercole del Rio, in his 1750 work “On the game of Chess”, was the first author to refer to this system as a “Scotch Opening”. Later, the opening received its name from a correspondence match in 1824 between Edinburgh and London.

It gained popularity in the 19th century, but a little later it lost favor among top players because it was releasing the central tension too early.

But a great Grandmaster is always searching for novelties, i.e. doing all the hard work for us, and in the 20th century, Garry Kasparov popularized the Scotch Opening once more. When he stopped playing professional chess in 2005, step by step this opening went out of favor.

Often openings do not stop being playing because they lead to losses but simply because of the prevailing fashion! For example, one-year blue clothing can be in fashion, the next white. Similarly, in chess one opening can be popular today and not tomorrow. Garry again shocked the word and the top Grandmasters in 2016. Let’s see some of his games:

This is a very interesting defence against d4 openings. Morozevich (2770), Kasimdzhanov (2690) and other strong Grandmasters are fond of this opening and use it often.

Black sacrifices one central pawn in order to gain central control with the d4-pawn and with his pieces.

One very famous trap is the following:

The Sicilian Defense begins with these moves: 1.e4 c5

The Sicilian is the most popular and best-scoring response to White’s first move 1.e4. 17% of all games between Grandmasters, and 25% of games in the Chess Informant database begin with the Sicilian.

This is the chess opening that you will love for your entire life because Black is playing not just for equality but for the advantage.

The drawback is that White often obtains an early initiative, so Black has to take care not to fall victim to a quick attack.

White sacrifices a pawn to develop quickly and create attacking chances. In exchange for the gambit pawn, White has a piece developed after 4.Nxc3 and a pawn in the centre, while Black has an extra pawn and a central pawn majority.

The plan for White is straightforward and consists of placing the bishop on c4, to attack the f7-square, and controlling both the c- and d-files with rooks, taking advantage of the fact that Black can hardly find any suitable place to post his queen.

The Ruy Lopez is named after 16th-century Spanish priest Ruy López de Segura. It is one of the most popular openings, with such a vast number of variations that in the Encyclopaedia of Chess Openings (ECO), all codes from C60 to C99 are assigned to them.

The Marshall Gambit is an attacking system in the Spanish Opening, named after the American chess master Frank Marshall, who discovered this opening but kept it top secret for 10 years, in order to play it against the great Capablanca.

Capablanca won the first game with White, but this gambit is very popular today. 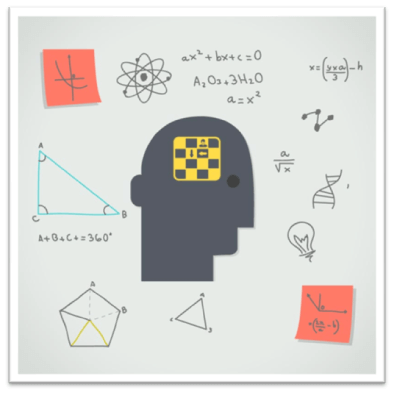 Novelty is a very common chess word. Derived from the Latin word Novus, “new”, it is the quality of being new or, following on from that, of being striking, original or unusual.

When a player unveils a novelty in a chess game, usually he will win the game due to his better opening preparation. Normally, the opponent cannot manage to defend correctly against all new threats he will face.

If you would like to play well at this level, then you should have a lot of novelties in your opening repertoire and continue finding others.

In this category, you need to make the breakthrough! Hence, it is necessary to know all middlegame and endgame techniques. So you need to go really, really deep into opening knowledge. You can do that by personal training from the highest-rated ELO players and with the cooperation of other titled players. 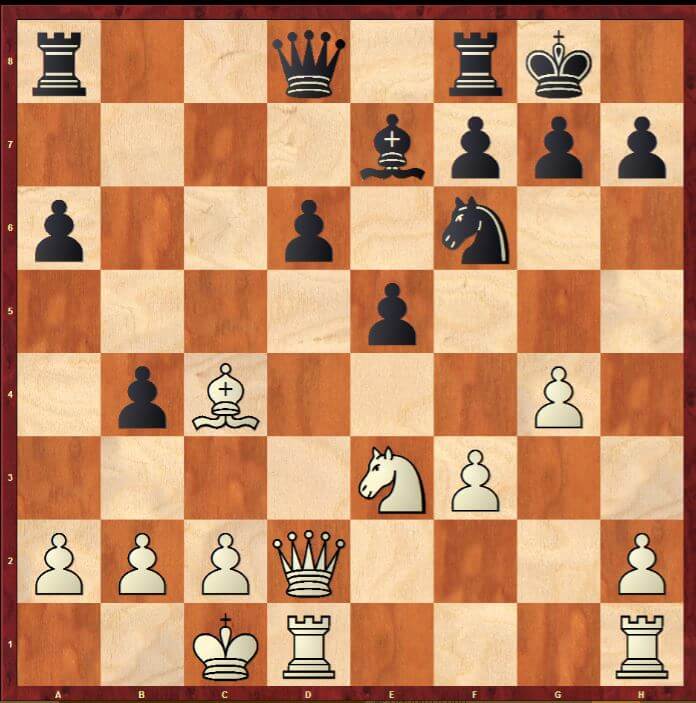 In this position, White played a novelty, a new move, i.e. the Bc4. This new move helped him win the game. 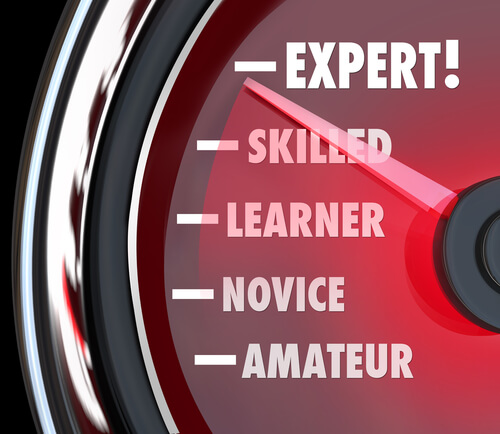 You simply need to know everything. In this category, players can play ALL openings perfectly.

Perhaps these players have solved the chess riddle but haven’t shared it with us. 🙂

1. The most difficult question for trainers is: “What opening should I suggest to students”?. We can create opening courses and articles for kids, students and trainers, as per your requests. 🙂

2. The opening should be provided according to the current rating level. Some openings are specific to a particular player’s ELO, but you can use them any time you want.

3. The topic of chess openings is really HUGE and may require many years of study. One life is not enough for chess and this is one of life’s weaknesses! But in RCA, you can find the best opening articles to help your progress. Any opening you like is provided in a pleasing, educational and entertaining way. 🙂 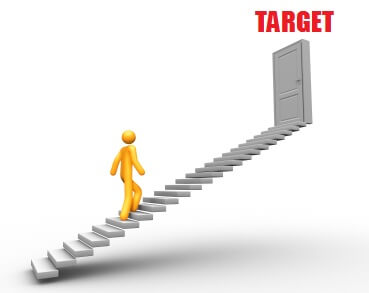 4. Be smart and change your opening systems as you grow up, when you become a better chess player! Understand the positions that arise from your openings. Then, at the appropriate moment, you can move on!

It is more important to understand the idea of the opening you’re playing rather than mindlessly memorizing variations. When you know what you should do in an opening, you can find the moves yourself. This is more entertaining and enjoyable, and you will have fun while playing.

6. Equalize your training. Don’t spend countless hours studying openings. You want your opening, middlegame and endgame skills to be at the same strength.

7. Practice! Practise the same opening. Grandmasters spend many hours playing the same opening variations. If you want to master an opening, it is important to be patient and stick with it.

If you would like to deepen your knowledge, study the best opening lines and develop a powerful opening repertoire quickly – you should study our complete courses HERE.

P.S. Finally, let me ask you a question. What is your favourite opening? Tell us what you like the most about them and why you enjoy playing them? 🙂 I’d appreciate you to write your thoughts in the comments below.
Share this post