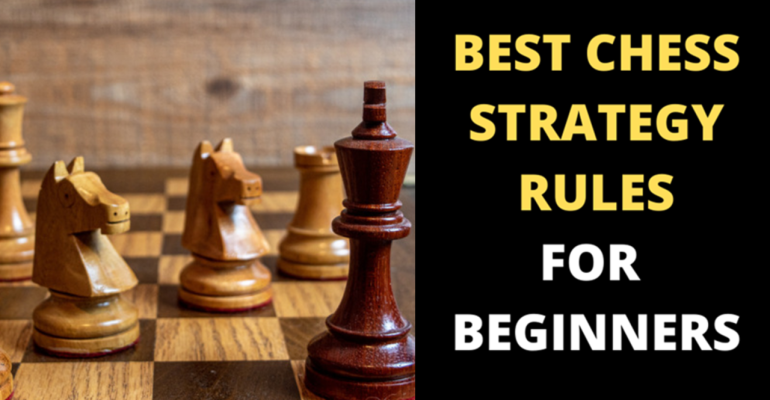 If you have just learned to play chess, surely you must be very excited to start playing and win your first games. However, you must first learn the best chess strategy rules for beginners. In this post, I will present to you the most important ones.

For hundreds of years, the game of chess has been a symbol of strategy and fun for players of all ages. However, if you don’t understand some basic strategies and rules, it can be pretty intimidating at first. Thankfully, there are some strategies we can use to remember how to play well and keep from messing up our games. We’ll go over them in this article! 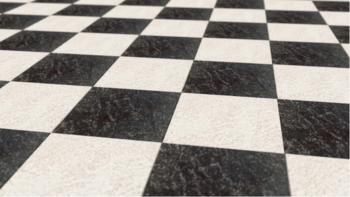 The center is the most important part of the chess board. This is where you want to have most of your pieces and where most of the action will take place. The basic center is made up of the squares e4, e5, d4, and d5. Those squares constitute the primary objective to control. Whoever controls the center, controls the game.

As a beginner player, you should avoid getting involved with battles on the flanks (the sides). This only increases your opponent’s chances of winning. Instead, focus on trying to control both diagonals (the four squares between each corner) because they provide access to both flanks and corners as well as directly into your opponent’s territory.

Develop Your Pieces Quick and Harmoniously 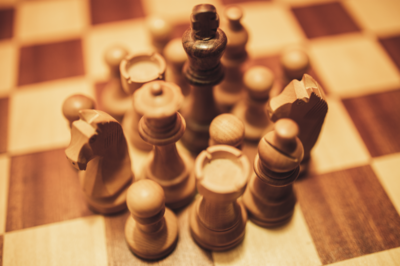 Developing your pieces is the most basic strategy in chess. This refers to moving your pieces out of their starting positions on the board and into more active positions where they can attack or defend against opposing pieces. It’s important to develop because it allows you to gain control over more squares on the board and create opportunities for yourself later in the game. 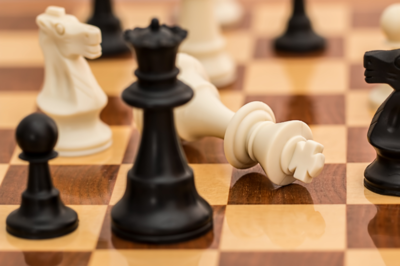 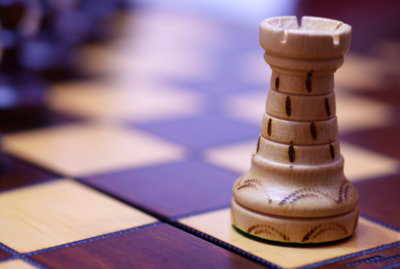 An important part of chess strategy is to make sure your rooks are active. You can do this by opening files for them, which will allow them to move freely around the board. Rooks are very powerful pieces if they are connected. They’re strong in almost every phase of the game: in the opening and middlegame (when it is possible to occupy an open file or rank), and in the endgame are extremely powerful (when pawns are more valuable as targets than pieces).

Don’t Give Up Material for No Reason 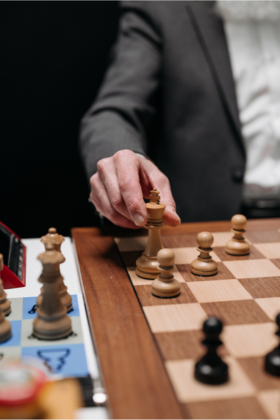 This rule applies to all pieces, including your pawns. If your opponent has a very active piece, it’s a good idea to trade it. However, many times some beginners tend to trade their active pieces for passive opponent’s pieces. This is a mistake that you should avoid.

Your opponent would love nothing more than for you to trade one of their useless pieces, so that they can bring out another powerful piece thanks to their new square (remember: squares are important!). Although this rule is very simple, many beginners forget it.

Study Common Tactics, Especially Pins and Forks, and How to Avoid Them 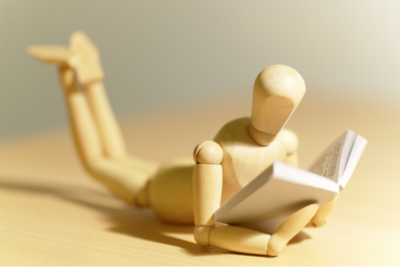 Pins and forks are common tactics in chess, and they can be very effective. A pin is when one piece cannot move because it’s protecting a piece of major value. Pins can be divided into two categories: Absolute pins and relative pins.

The absolute pin is when a piece is pinned and cannot move because it would leave the king defenseless. In other words, it would be an illegal move to move the said piece through the pin.

A fork occurs when one piece attacks two enemy pieces at once. Here is an example:

Chess Is a Fascinating Game of Strategy 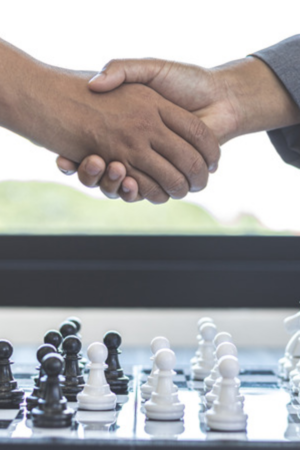 Chess is a game that many people of all ages and skill levels enjoy. It’s a great way to spend time with friends and family. It favors your intellectual development, memory and concentration. But, despite this, still some people think it’s too complex and don’t feel confident about starting playing. However, you already know the Best Chess Strategy Rules for Beginners. So, you can start playing with more confidence and winning more games.

If you want to learn more chess strategies that will help you get to the next level of chess, I encourage you to watch out the next video.