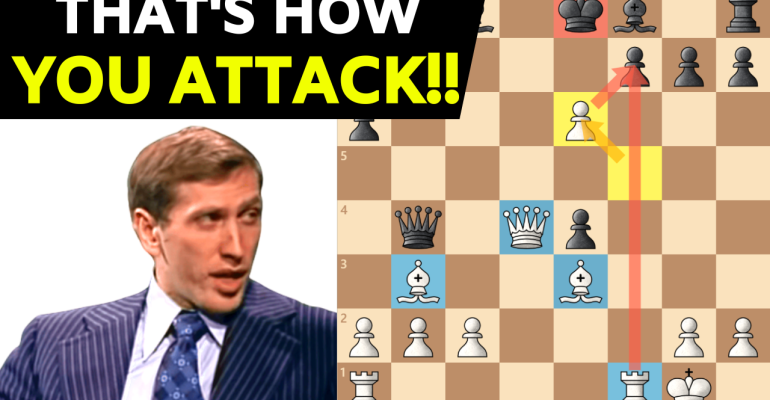 Today I’d like to share with you Bobby Fischer’s immortal chess game against Peter Dely. The game was played at the Skopje Tournament 1967. The Fischer-Sozin Attack was played from the Sicilian Defense.

This game illustrates Fischer’s aggressive attacking idea. You will learn how to keep the momentum going by attacking your opponent especially when you are ahead in development. Fischer won this game in just 17 moves!

You can download the PGN of this game below:

A Puzzle That Tests YOUR Chess Creativity 🤔

This Puzzle Will BLOW Your Mind!