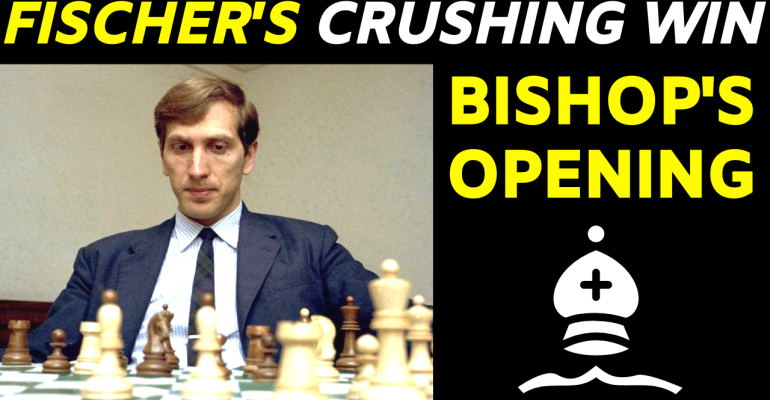 Today I’m excited to share with you a game played by Bobby Fischer (Robert James Fischer) as White in a Simul Event in New York on May 24, 1964. Fischer played against 34 opponents in this Simul and he won against all of them!

In this game, he played the aggressive Bishop’s Opening which happens after the first moves: 1.e4 e5 2.Bc4. He played an aggressive variation 4.f4 which is similar to the King’s Gambit setup. He set a really cool trap and checkmated his opponent in just 16 moves!