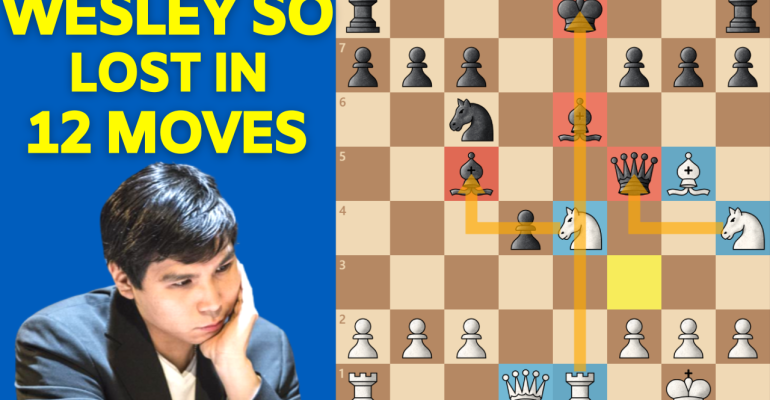 Today I’d like to show you a really brutal chess opening trap in the Scotch Gambit which arises after the following opening moves: 1.e4 e5 2. Nf3 Nc6 3.d4 exd4 4.Bc4.

You will see the game played between Gawain Jones and the world no.5 chess player Wesley So, where Wesley So lost in just 12 moves after he fell for the deadly trap set by the White player. If a top grandmaster falls for such an opening trap, most of your opponents will too!

You will also learn how to punish the most common moves played by Black and win the game with evil tactics and combinations!

You can find the PGN of this trap and the game below: