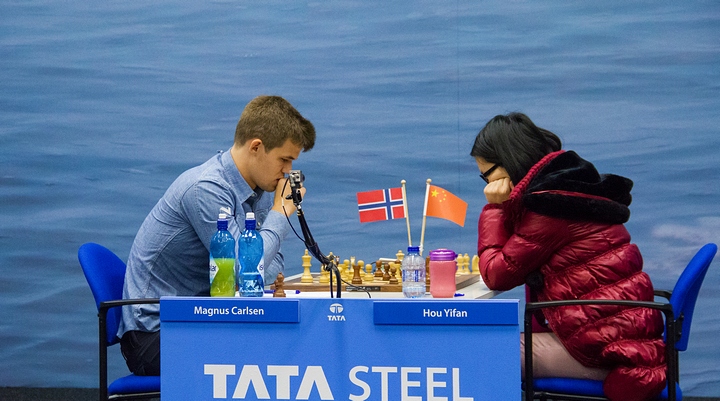 Carlsen was playing White and Yifan was playing Black. The queens were exchanged early in the game, and both players didn’t castle their kings. At one point, they had a pair of rooks and a pair of minor pieces, each. That’s when Carlsen sacrificed his rook for Yifan’s bishop – an exchange sacrifice! That sacrifice helped him get the initiative and a strong passed pawn.

You might have heard this quote from Carlsen – “Some people think that if their opponent plays a beautiful game, it’s OK to lose. I don’t. You have to be merciless“; this game is one such example. It was about an equal position, and even after the exchange sacrifice, Yifan held the position really well, but Carlsen never settled for a draw.

Did you like this video analysis? What comes to your mind when you hear the term ‘exchange sacrifice’, do you have any favorite games?