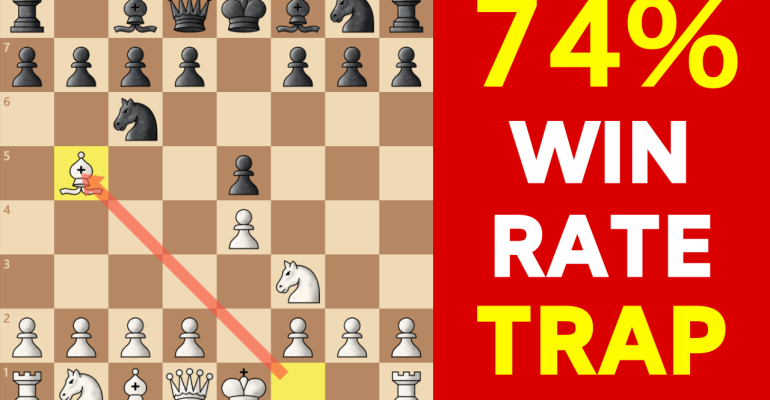 Today I’d like to share with you the most common chess opening mistakes or blunders in the Ruy Lopez which happens after the first moves: 1.e4 e5 2.Nf3 Nc6 3.Bb5.

You will learn how to punish Black’s mistakes in both the popular variations, 3…Nf6 which is the Berlin Defense, and 3…a6 which is the classical approach.

You will learn some really cool traps in these variations that give a strong, checkmating attack for White against the Black’s king. In fact, in one of the variations the most played moves by Black gives White a success rate of more than 74%, that’s huge!

You can download the PGN of these chess opening traps below: