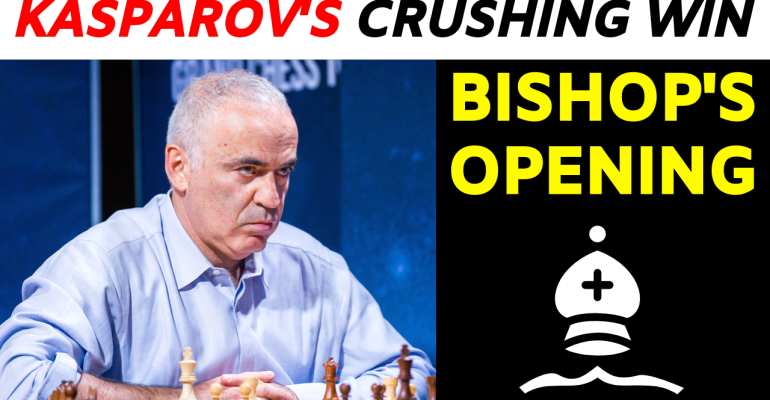 Today I’d like to show you a game played by the formed world champion Garry Kasparov in which he has played the Bishop’s Opening, which happens after the first moves: 1.e4 e5 2.Bc4.

He played this game in a Simul event against the Oxford United Football team in London in the year 1993. Kasparov played against an amateur chess player and this game is an example of how a champion chess player crushes an amateur with an aggressive attack!