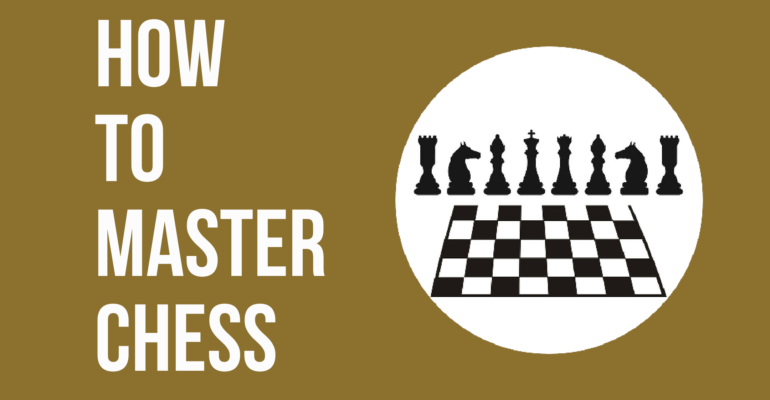 Getting a chess master title is the dream for anyone who takes seriously the game of chess. But what does exactly mean to master chess?

The game of chess requires a lot of consistency in terms of practice and dedication. Now the question that always arises is how to master the game?

When you have mastered the game, it means you have reached a stage where you can attain a chess title.

☉ A Master in chess plays a very different game from what amateur players play. Look at How to Think like a Chess Grandmaster.

What is a chess title and how do you attain it? In chess, there are a total of 8 titles, namely:

There are certain cases in which a player can attain these titles without all the requirements. That can only occur if they win a major event or have played well in a major event.

When you master the opening, you are able to create any position you like in the chess board.

This is the first stage of a chess game. Playing a good opening will result in a great position heading into the middlegame.

When playing in a chess game, you can either be given the black or the white pieces. The key is to play a set of moves that will ensure that your pieces are in comfortable positions.

In the video lesson below, GM Igor Smirnov analyzes the shortest game of Garry Kasparov’s chess career, which is also his quickest win:

Here is a list of some chess openings you can try out with both the white and black pieces in order to get comfortable positions:

The key to mastering the opening stage of the game is to find openings that you are comfortable with.

2-3 openings for each color just avoid being stuck in a situation where players prepare for you.

When you master the middlegame in chess, you are able to beat your opponent in many different ways.

☉ Look here The Ultimate Beginner’s Guide on How to Play the Middlegame.

The middlegame is the second stage of a chess game, and it usually occurs after all the opening rules have been successfully followed.

This stage of the game is where you decide if you will either implicate a tactical plan or a positional plan.

Positional players seek to put their pieces in favorable positions. While earning space, their opponents will be restricted or will be losing crucial squares. This is basically squeezing water from a stone.

Tactical players, on the other hand, aim to attack and sacrifice pieces in order to gain an advantage. This advantage can be classified as either a material advantage or even a checkmate.

The advantageous instruments that players look for in the middlegame can either be defined as tactics or strategies, depending on the type of player you are.

The following is a list of some of the tactics that you must know:

A fork occurs when you use your piece to attack 2 or more of your opponent’s pieces. The end result of this tactic is mainly material gain.

This tactic occurs when you lure an opponent’s piece into an uncomfortable square. Pieces that are mainly lured are usually the king or queen.

Also known as an in-between move. In this situation, you basically play an unexpected move which your opponent first has to attend to before dealing with the obvious move which was supposed to be dealt with initially.

To fully master the game of chess, you need to know How To Master Chess Endgames.

This is the final stage of a chess game. The stage usually appears when the king is now active or when there are fewer pieces on the board.

While there are fewer pieces on the board, the endgame is rather hard, considering that each position will need you to apply a different principle or tactic.

Here are some of the rules which you will need to follow in order to have a successful endgame:

What makes the endgame fascinating is the fact that that’s where you will most likely see the game ending in either a win, loss, or a draw.

Here are some of the checkmating patterns to try out:

This is a checkmate that occurs after a sequence that includes sacrificing the queen. The final checkmating position finds the knight as the only piece to deliver checkmate on the enemy king.

Executing the above rules and laws will take time. But mastering some of the things mentioned above will go a long way, especially if your goal is to become a master at chess.

Middlegame and endgame rules usually apply to everyone, so it’s a must to learn them all. When choosing openings to play, it’s best to select according to your playing style!

Top 10 Best Juniors in the World