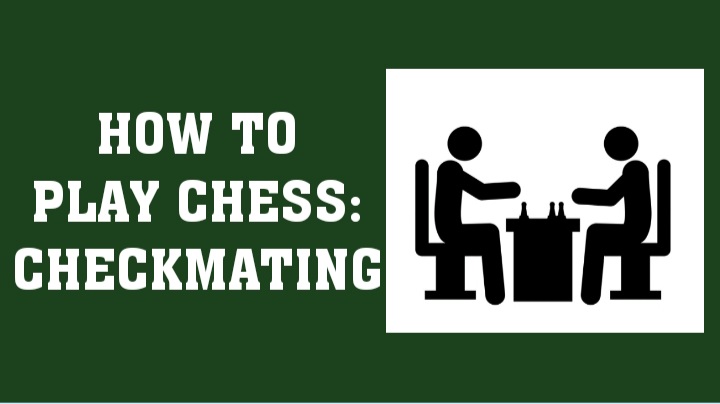 Checkmating is the main goal behind playing a chess game. When you deliver a checkmate it means you have attacked your enemy’s king.

The king will be stuck in a position where your opponent doesn’t have the following means to escape the attack:

Checkmating in a Chess Game

While the king cannot deliver a checkmate to an enemy king, any of the pieces mentioned above can however support a friendly king in delivering a checkmate.

Movement: Pawns move in a straight line. On their initial square, be it on the second or seventh rank, they can either move one step or two steps ahead. Then, they can only move one step going forth.

Capture: Pawns can capture enemy pieces that are diagonally adjacent to them.

☉ In this video lesson, GM Igor Smirnov will be sharing with you 3 tips on how to use your pawns, how to play with them, and how to maintain your pawn structure.

Movement: Rooks move either horizontally or vertically. That means they can move in a straight line.

Capturing: Rooks can capture in the same direction as they move. That means they can capture enemy pieces that are either horizontally or vertically in their path.

☉ Checkmating your opponent’s king requires a good use of tactics. By mastering chess tactics you’ll have the tools to deliver the best checkmates.

☉ Mikhail Tal used to sacrifice all his pieces in order to crush his opponents and deliver beautiful checkmates. Look here how he did it

Movement: Bishops can move in a diagonal path. There are two types of bishops. A light-squared bishop that only maneuvers on light squares.

Also, a dark-squared bishop only maneuvers on dark squares. At no point in the game can any of the bishops cross colors.

☉ f7 is the most vulnerable point for the black king. Attacking the f7-square can give you immediate victories in your chess games.

Movement: Queens are considered to be a combination of bishops and rooks. That means they can move either diagonally or in a straight line.

Capturing: Queens can capture in the same direction as they move. That means they can capture enemy pieces either diagonally or in a straight line.

☉ A chess master must have refined checkmating skills. Learn here what it takes to become a chess master

The key to mastering checkmating methods is to understand chess patterns. The examples above show typical checkmates which can occur in a chess game.

Some of the positions will be more complicated and will have more pieces on the board. The key is to always remember how each piece maneuvers and how it can checkmate!

Magnus Carlsen Sets a Trap and Then Blundered

A Perfect Chess Attack in the Italian Game

Vertical Castling in Chess? A puzzle that forced FIDE to change the chess rules