The following is an article written by our partner Stacy and I’m happy to present it you. 🙂

As chess is a sport requiring much intelligence, new chess players will need a lot of practice in tactical thinking and chess moves. Good chess moves have to be bright and open many paths. The attack can be quick and powerful or overwhelm the enemy to let them fall in.

This article shows a guide for you to open a good and convenient move that therefore can deploy the following pieces. Nevertheless, these are just the basic guide for you to make acquaintance with chess. There are still many more tips and useful guides for you to master this smart sport, all are exclusively provided by Remote Chess Academy. The RCA Beginners Package is highly recommended for any chess enthusiasts, which helps you from beginner to intermediate.

Chess Moves for the White Pieces

How to move a Pawn 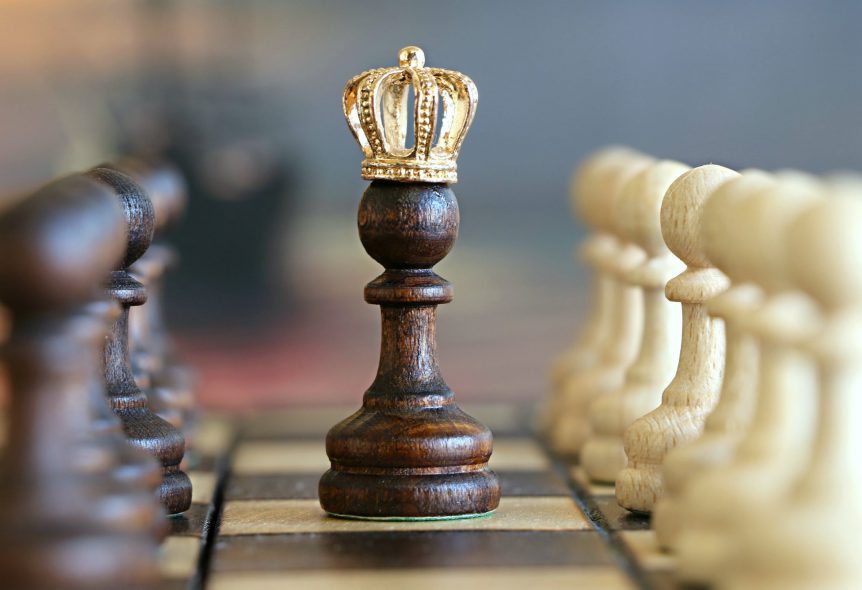 The opening move may determine the overall outcome of the chess afterward. It’s recommended to bring the pawn to the center of the board to open the attacks for the strong pieces behind.

If you hold the white pieces you will have the advantage of being able to go first. At this point, the player should focus on attacking and mastering the match. In case yours is black, you should wait for the opportunity to attack when the white makes a mistake.

A piece should never be moved twice unless it is in danger of being captured. The more pieces you can move, the more headache your opponent will get to deal with your moves.

Open the Italian game with the following moves: 1.e4 e5 2.Nf3 Nc6 3.Bc4. For instance, you start the Pawn at the King’s column and then quickly pull the Knight behind to control the center. Then you push the Bishop to the dangerous position Bc4 to create a safe opportunity to castle.

This is a classic style of opening named after a Spanish bishop Ruy-Lopez. He also wrote one of the first books on Chess.

This method moves according to the steps: 1.e4 e5 2.Nf3 Nc6 3.Bb5. The Pawn and the Knight were all pushed very fast to occupy the center. At the same time, the best defensive position of the Knight is e5. These attacks will put pressure on the midfield of the black pieces.

While those mentioned ways of chess moves are quick and massive and make the opponent not keep up with, then the British-style opening is slower and more adaptable.

The player moves the pawn in position C2 one square up. Now, if the black pieces move to the center or the sides, continue to push Pawn in G2 to release the bishop on the side of the King.

This is a powerful and dramatic chess opening that can confuse the opponent right from the first move. In the world, many world-class grandmasters often apply this way to defeat opponents.

Specifically, you can use the King’s Gambit as follows: move both Pawns in the King’s column from E2 and F2 up two squares from the start. Now it is likely that the blacks will attack immediately because they think that you have a loophole, yet it is the Pawns in the back that will protect the other pieces and the King.

There is another way to open is to control the central area of ​​the board. Let’s send the pawn in Queen’s column to D4 to lure the opponent’s black pawn to D5. The next popular move is to bring the Bishop to C4, which will widen the way for Queen and the White.

Chess Moves for the Black Pieces

When the white army attacks first, the black aims to effectively defend and avoid the enemy trap.

French defense moves as follows: 1. e4 e6 2. d4 d5. This is a strategic opening method that any player new to chess should learn. Also, this moving can resist the Queen’s Gambit of the White very effectively.

If capturing the black Pawn on the Queen’s column at E6, the opponent will leave the King and bring the Knight to C3. At this moment, if possible, bring the Bishop to B4 to capture the white Knight.

It would be unruly if any player who tended to attack held the fate of the Black. However, even if you hold the Black, you can still counterattack the White of fatal attacks.

If the white pieces move with pawns at 2.Nf3 and 3.d4 to occupy the center, let’s take the opportunity to change the positions of the pawns in the middle and the pawns on the bishop.

The defensive method follows steps: 1. d4 d5 2. c4 c6. Dealing with attacks of the white army, the Slav defense is a very solid way to apply. This move will protect pawns firmly at d5 so that the other black pieces can deploy more naturally even though they may control fewer squares.

This is a strategy that each player can only use once because if you encounter an observant opponent, he/she will soon detect and check your remaining moves. Scholar’s Mate is a fast attack that can check all in only 4 moves.

For the white piece: Move the pawn in the King’s column a ​​square at E6. Then bring the Bishop next to the King to C5. Next, bring the Queen to F6 and F2.

For the black piece: first, also move the pawn in the king’s column a square at E3. Then push the bishop on the King’s wing to C4. The last move is to bring the Queen to F3 and then F7.

To block the Scholar’s ​​Mate, you can move the knight forward if you realize the possibility of the opponent using this 4-move checkmate. Likely, the opponent will not sacrifice the Queen to capture your Knight. Another way to block this attack is to leave the Queen at E7 in front of the King instead of pushing it to the top.

Castling is the chess move that players swap the King with the Castle as an effective protective wall. Besides, the player still has a pawn set in front of to protect the King.

First, let’s move the Bishop and the Knight (or the Queen) to make space between the King and the Castle. Try to keep the position of the pawns so that you can castle on either side.

Now bring the King and the Castle together in a move. When 2 pieces are next to each other, change their positions. If you castle at the King’s wing, the player will have the King at G1 and Castle at F1.

Keep in mind the principle that the Castle and the King cannot move before castling.

Briefly, in any circumstances, it is necessary to predict 4-5 opponent moves in advance. You also need to know the range of movement of each piece you have to calculate the best strategy. Below are just the opening of this wonderful Chess world. To learn more and know more, you can seek lots of instructions from helpful Remote Chess Academy courses without worrying about the cost. The courses’ price will be minimalized when you apply attractive coupons and discount codes from the company’s store on Couponupto that has a strategic partnership with Chess Academy. Especially in this Black Friday event, CouponUpto is offering a flood of hot deals and appealing discounts which ensure bring you the most satisfying purchasing experience.