Today, we are going to see a mind-blowing chess puzzle from The Luzhin Defense, which is a romantic drama film released in the year 2000. The film centres on a mentally tormented chess grandmaster and the young woman he meets while competing at a world-class tournament in Italy. The screenplay was based on the novel The Defense (or The Luzhin Defense) by Vladimir Nabokov.

Nabokov based The Defense on the life of the German chess master Curt von Bardeleben, who seemingly committed suicide in the year 1924.

Below is that mind-blowing chess puzzle: 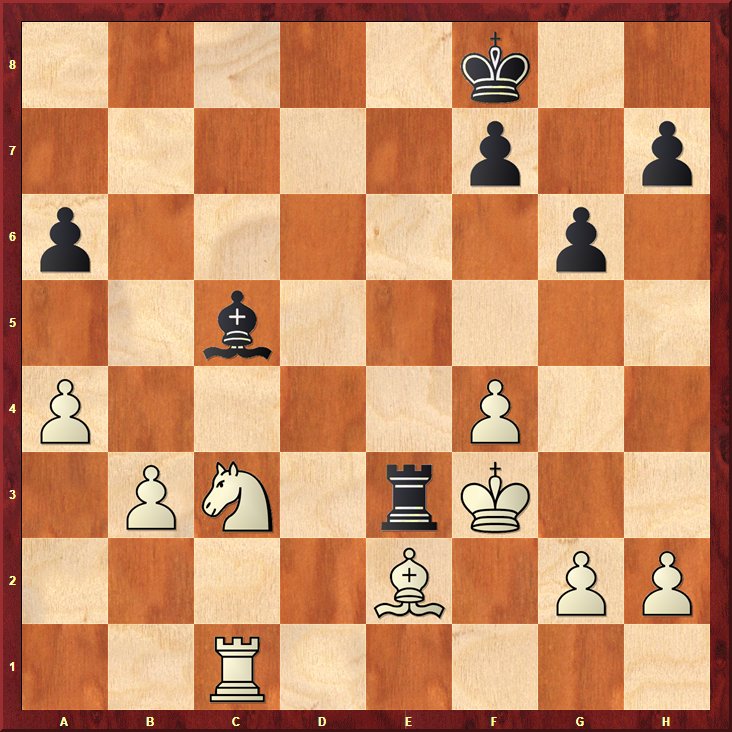 Black just played Re3+ and it is White’s turn now. And they had to adjourn this position but, unfortunately, in the movie he (like the person in real life, Bardeleben) actually committed suicide. He had troubles getting to the venue, he was put in the middle of nowhere by his old chess coach, who didn’t want him to win the match.

And when he did get back, he was greatly disturbed. So, his wife had to play the final moves out as he had written out the combination, which wins here for Black.

If White plays Kf2, then Black wins in an obvious way after Rxc3+, discovered check and winning White’s rook. But what if White plays Kg4? Can you find the winning continuation for Black after Kg4?

Were you able to find the winning moves? If so, please accept my congratulations because the Rh3 move is from a complete genius!

P.S. By the way, have you watched this movie? If so, feel free to write below in the comments what you felt watching it. I’d be happy to read them.