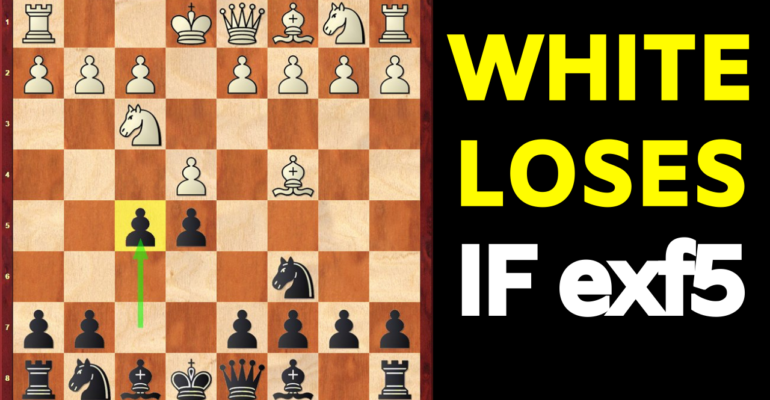 Today I’d like to share with you the most underrated chess gambit for Black against White’s first move 1.e4. It is the Rousseau Gambit.

The Rousseau Gambit (or Ponziani Countergambit) from the Italian Game (Giuoco Piano) happens after the opening moves: 1.e4 e5 2.Nf3 Nc6 3.Bc4 f5.

The resulting position is similar to a King’s Gambit Declined with colors reversed. This gambit has a lot of tricks and traps along the way which helps you win within just 10 moves.

You can check the video lesson about the Rousseau Gambit here. 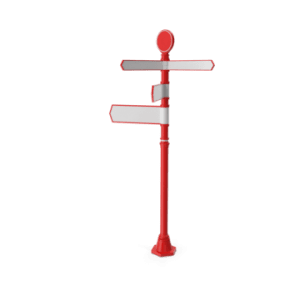 This is a very natural reply for White, simple grabbing the f5-pawn. But, actually, this capture is a mistake because the e4-square is no longer under White’s control. So, here Black plays 4…e4! 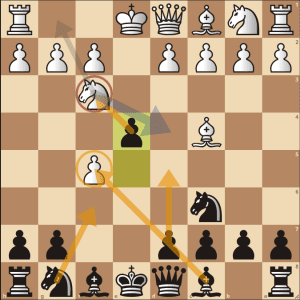 With e4, Black grabs space in the center, wins an important tempo and is ready to play Nf6, d5 and, eventually, get his pawn back with Bxf5. White must decide how to deal with the obvious threat of exf3. In this position, White can play Ng1 or Qe2. Let’s see both lines.

This is a sad move because the knight returned to its initial square. Nevertheless, White is threatening to play Qh5+, so we must cover the h5-square playing Nf6, with the idea of d5 later. Black is clearly better in these positions. The game below is a good  example of how to play his kind of positions.

This move may look better for White because he is attacking immediately the pawn on e4, but the truth is the opposite. Qe2 is a worse move than Ng1 because in some lines the queen could be exposed. Black can play 5…Qe7! and, sadly, once again, the knight has to retreat. Let’s see the following game.

This is another typical mistake by White, nevertheless is one of the most popular moves. The problem with Nc3 is that Black can take on e4 and if White recaptures, then d5 comes. So, in order to capture the e4 pawn, White must get rid of his powerful bishop on c4, playing Bxg8. Black will have the bishop pair in an open position and lead in development. Black is clearly better here. The following game shows that even a GM can fall in this mistake in a blitz game.

This is by far a much better option for White. Here I recommend to play like a King’s Gambit with reversed colors with Bc5. Most of your opponents in this position may think that Ng5 is an excellent move now trying to win material. But, in fact it’s the opposite. Check the next game.

According to Stockfish, this is the best move for White; here I suggest to capture on d4 an after 5. Nxd4, to play Nf6! And in this position, a very popular move is 6. Nxf5. Black can strike in the center with 6…d5!, attacking the bishop and the e4-pawn. White is a little bit better, but Black is attacking and has a simple plan. In the next game, you are about to see how Black got a decisive advantage in just 12 moves!

The Rousseau Gamibit is definitely an aggressive chess opening that can surprise your opponent and give you an attacking chance from the beginning. If you want to learn more about how to attack, I highly recommend to grab my course ATTACK AND WIN! This course is designed to be a step by step tutorial which will convert you into a strong master of attack. 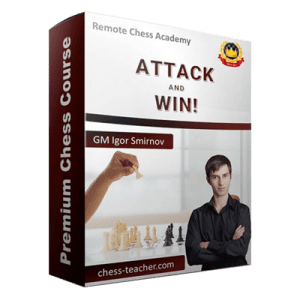