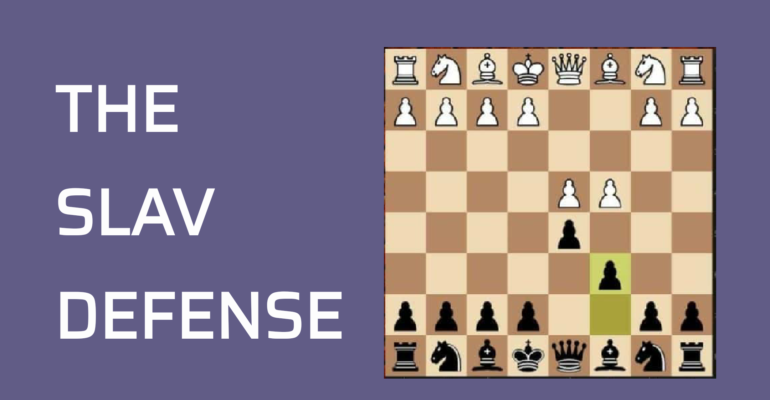 Do you remember the Queen’s Gambit? Well, in order to counter it we have something called the Slav Defense!

The Slav Defense is considered to be one of the best responses to the Queen’s Gambit Opening.

The opening has been played not only by a lot of elite players, but it has made its presence by being played in World Championship Matches.

Opening Structure Of The Slav Defense

☉ In the instructive video lesson below, the RCA guest coach IM Mateusz Kolosowski explains the Botvinnik Variation of the Semi-Slav Defense.

The Slav Defense offers both sides a rich position from which to operate. There are different variations that fit different types of players.

There are variations that suit players who want to go for a positional game, those who want a tactical game, and the ones who just want to reach the endgame fast.

☉ There is also an opening for White which we can consider as the Slav Defense with reversed colors and one extra tempo. You can learn about this underrated opening here.