First, let me remind you of the massive discount we’re providing you with on our newly launched course “The Trompowsky Attack Package”. You can get it with a flat 50% OFF – just use the coupon “tromp50”, which will save you about $35 USD. It will be valid only till tomorrow, 13 September. So hurry up! If you don’t know how to use a coupon, please see here.

The Trompowsky Attack begins with the moves 1.d4 Nf6 2.Bg5. In this opening, White would like to trade his bishop for Black’s knight and also to destroy Black’s pawn structure on the kingside. Therefore, White tends to keep the center closed since Black will have the bishop-pair advantage.

Players who play the Kings Indian Defense tend to keep their knight on f6 (instead of attacking the bishop with 2…Ne4) and play 2…c5, attacking White’s central pawn. After 3.d5 Qb6, Black is attacking the b2-pawn. 4.Qc1 is not possible because the d5-pawn is hanging. 4.b3 is very passive and Black can solve all his problems with 4…Ne4.

So, in this position, the most aggressive continuation for White was found in 1974 by the Armenian Grandmaster Rafael Vaganian (known for his sharp tactical style of play), former World Championship Challenger. The move is 4.Nc3 – and thus the Vaganian Gambit was born as White sacrifices his b2-pawn. 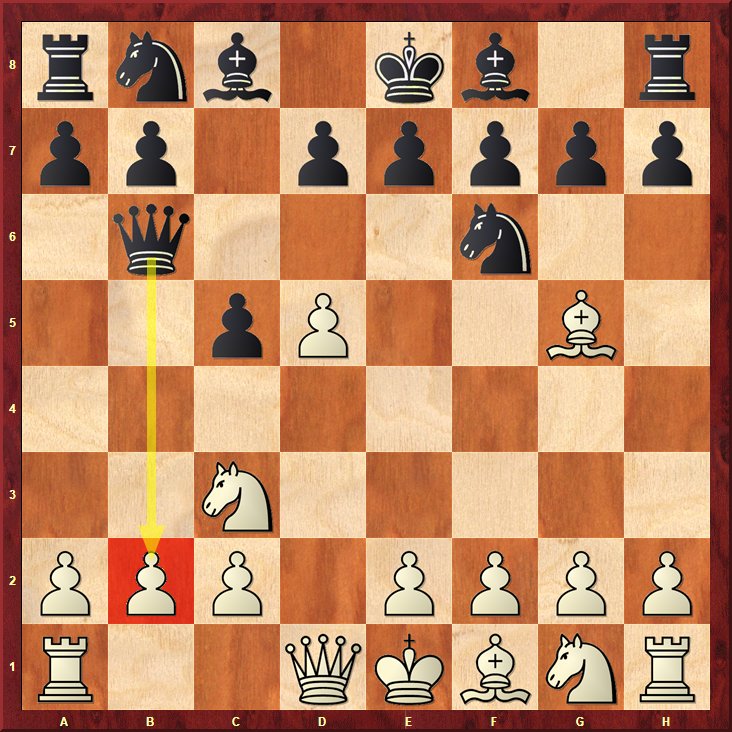 After 4…Qxb2, White can protect his knight with 5.Bd2 and suddenly Black is in trouble. White is planning to play Rb1, and then he would land his knight on b5, aiming for the Nc7+ fork. Additionally, White gains full control over the center as he can play e4, f4 and even e5 at the later stage.

Today we’re publishing one full lesson from the course “The Trompowsky Attack Package” about the Vaganian Gambit, by GM Boris Alterman. Watch the video where Alterman shows you a beautiful game played by Rafael Vaganian against Viktor Kupreichik, where he first played this gambit. He also explains the power of this gambit with several other practical examples.

Did you like the gambit? This video is one of the 3-video series about the Vaganian Gambit. Watch all from the complete course “The Trompowsky Attack Package”. I’m sure you will definitely like the entire course, where the authors have explained everything about this amazing secret opening for White – the course contains 22 videos covering nearly 14 hours of instruction!