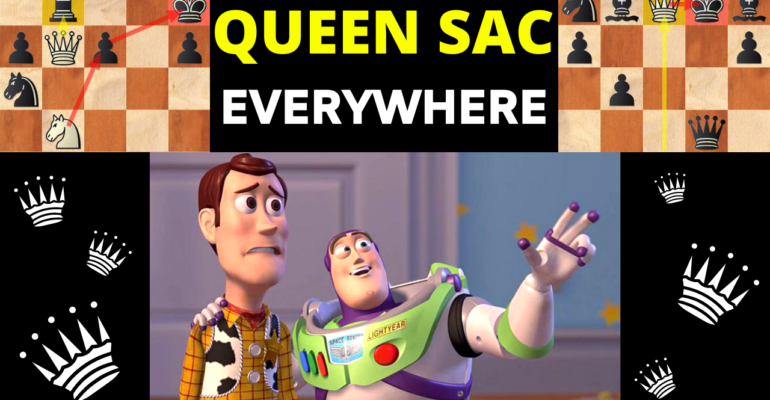 Normally, it is an extremely rare case to sacrifice your queen and to win the game later. In this video lesson, I will share with you the 5 chess opening traps that involve spectacular queen sacrifices.

You will learn traps involving queen sacrifices from several openings such as the Queen’s Gambit Declined (QGD), Blackmar–Diemer Gambit, the Berlin Defense from the Ruy Lopez, the Caro-Kann Defense, and the Benoni Defense.

After watching the video lesson, please write in the comments below about your favourite trap and queen sacrifice. ?

You can find the PGN of these opening traps below: