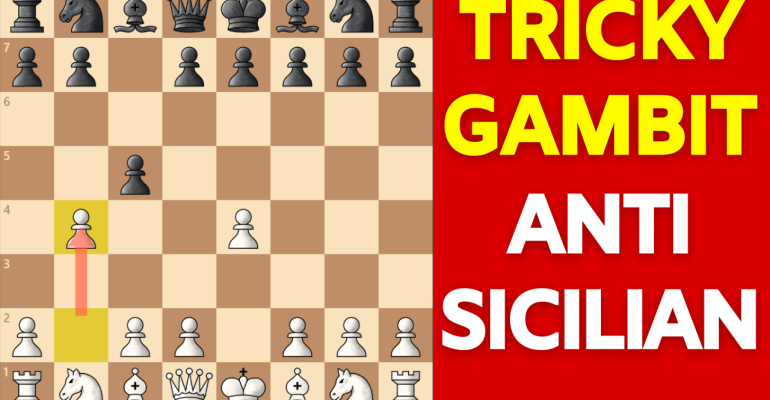 Today I’d like to share with you a powerful chess opening for White against the Sicilian Defense.

The usual response against the Sicilian Defense with 2.Nf3 leads to very complicated lines involving a lot of theories. That’s why you can play the offbeat variation known as the Wing Gambit, which happens after 1.e4 c5 2.b4.

In chess, Wing Gambit is a generic name given to openings in which White plays an early b4, deflecting the opponent’s pawn or bishop from c5 so as to regain control of d4, an important central square.

This tricky gambit comes with a lot of deadly traps for White. And in almost all the lines White has quick development and an early, powerful attack against the Black’s king.

You can download the PGN of this opening below: