First I’d like to remind you of the special offers we’re providing you with on our new course “10 Keys to Defense”. Use the coupon “def50” and get a flat 50% discount on the course, saving about $45 USD. This is a limited-period offer and will be valid only till Wednesday, 20 January. 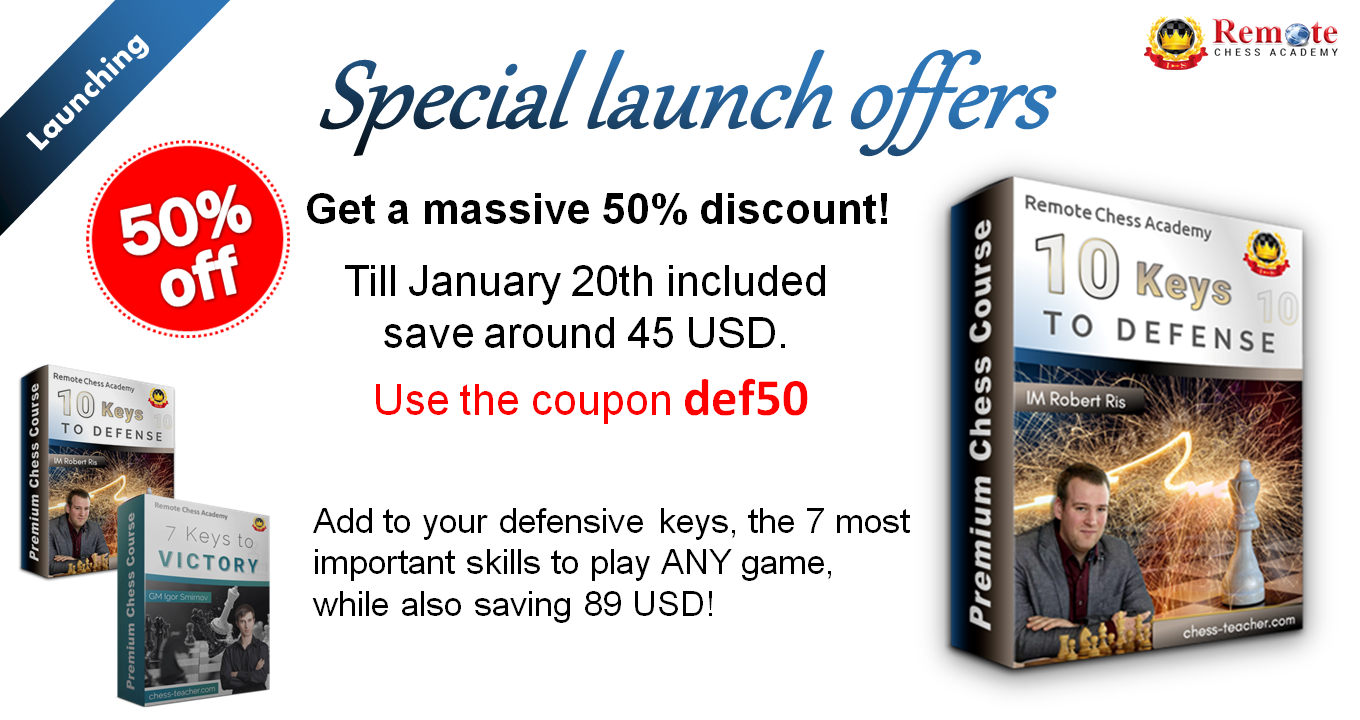 Also, I’ve published a new video lesson for you, where I’ve analyzed a super-cool game, a clash between the two legendary world chess champions, Mikhail Tal and Bobby Fischer. It’s a really exciting clash to see because these two are arguably some of the best players in the entire chess history.

Tal was playing White and Fischer was playing Black, and the King’s Indian Defense was played. Both these players play this opening as Black, so they are specialists at it. In the middlegame, Tal started playing strong aggressive moves, and Fischer carelessly chose not to defend against it. You will see how Fischer failed to successfully defend his position and eventually lost the game.