Before getting to this immortal pawns game, I’d like to share with you something very important. I hope you know that we celebrated Thanksgiving Day and Cyber Monday by doing something special – we provided you with all the RCA courses with a 30% discount and told that of all the sales made through the offer-period, we will be donating 10% to Defenders, an NGO that is dedicated to the protection of all native animals and plants in their natural communities.

We donated about $102 USD to the NGO and they thanked us via email. I’m very delighted to share it with you: 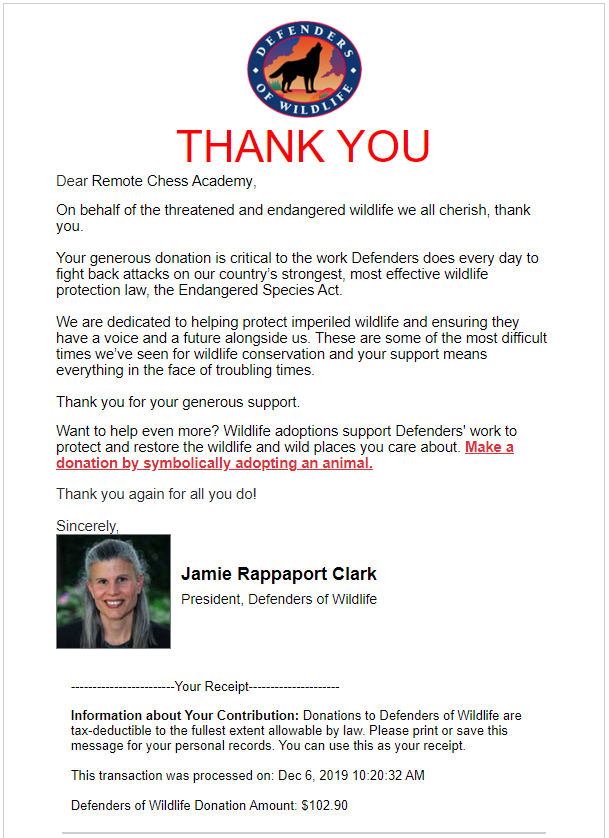 I’d like to take this moment to thank you for making this happen – it was YOU who purchased RCA courses and it was your money that we donated to them. Thanksgiving is all about showing gratitude and I believe that you have done it. Once again, thank you very much for all your support and RCA wishes you the best in all endeavours!

We’re all taught about the basic chess opening principles that we have to move our (central) pawns, develop the knights, and then the bishop, and then castle the king, and so on. On the contrary, there are players who don’t follow those principles and play some crazy opening moves, and they end up losing usually. But, today we’re going to see a game which was won in this scenario.

Who’s that player? Well, he is Emil Josef Diemer, a German chess master. He was born in 1908 in the German town Radolfzell, in Baden. In 1931, he was out of work and joined the German Nazi party, where he became an active member. He was present at all important international chess events, and became the “chess reporter of the Great German Reich”: his articles appeared in Nazi publications. In 1942-1943, he played correspondence and tournament games with Klaus Junge. 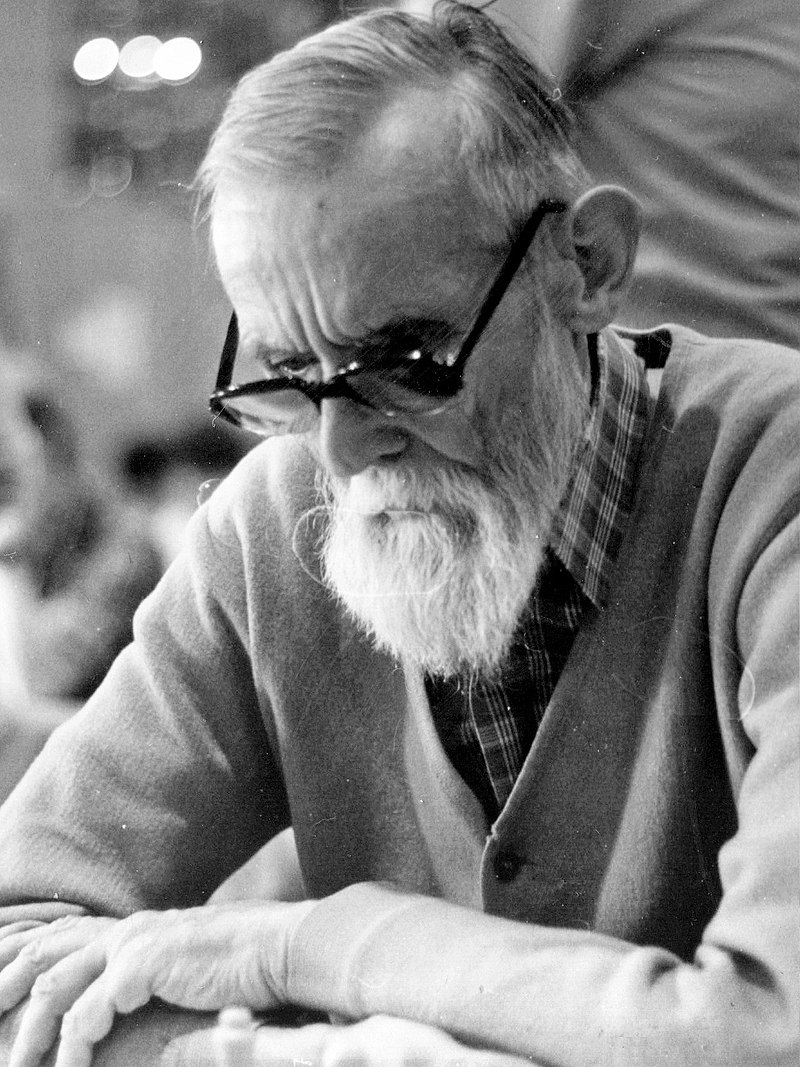 After the war, he continued his chess journalism, sold chess books, and gave simuls, but the stigma of his Nazi past made it difficult to support himself in this way. As a middle-tier master, his successes in chess were few.

So what’s special about this game that we’re talking about? Guess what, he didn’t develop a single piece until move 18. Yes, all the first 17 moves that he had played were all pawn moves. No, I’m not kidding! Oh yes, the result of the game? Well, he won! 😊 In a way, it seems legit because after the first 17 moves, he had one pawn on the 6th rank and four pawns on the 5th rank.

I’m sure you would like to see this game. Below you can find the video analysis of this game by our Academy Manager, Aggelos Kesaris:

P.S. For the puzzle that Aggelos showed in the video (from his own game), there is another four-move checkmate. Can you find it? If so, write it in the comments below.